Please join us for the spring session of Fusion Film Academy, where we give kids a chance to write, direct, act and produce movies. It is our goal to give kids of all ages a chance to experience the art of film making.

Students will get a real film making experience, “acting for film” lessons, set protocol, working with cameras, crew positions and taking directions. Students will spend 24 hours receiving hands on, interactive instruction in a constructive classroom environment as well as 12 hours of on location shooting of the final project. See the attached flyer and schedule.

Nick Fury is director of S.H.I.E.L.D, an international peace keeping agency. The agency is a “who's who” of Marvel Super Heroes, with Iron Man, The Incredible Hulk, Thor, Captain America, Hawkeye and Black Widow. When global security is threatened by Loki and his cohorts, Nick Fury and his team will need all their powers to save the world from disaster. After Loki steals the infinitely powerful Tesseract from Nick Fury, the director of S.H.I.E.L.D. puts together the group that he's had in the works for years. Gathering Iron Man, The Hulk, Thor, Captain America, Hawkeye and Black Widow, the team of "Lost Creatures" takes on Loki and his army to save the world.

All classes will be held at the Children's Creations studio in cascade at 6161 28th St SE Suite # 8 GR MI. The film shoots will take place at various locations around the Grand Rapids area. The shoot locations will be determined during the class by the students.

If you have any questions about our classes and would like to speak with somebody call 616-819-9968. 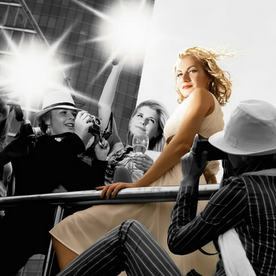